It’s our Birthday!! And we’re all sold out

Yep, we have as usual our normal collection of eclectic talks, some half time entertainment from the Mersey Belles, a Know it All quiz and of course Ignite Karaoke to round it all off.

So down to the talks and the line up is up to the mark. So lets have a look at the line up.

In no particular order

Vincent Prayle with a tribute to Ignite Liverpool we hope.

Emma McClure on  My Penpal Peter Popoff
An exploration of the weird and wonderful things the Rev Peter Popoff has sent to her over the years. Follow @emmemmemma on Twitter

Paul Furley  on How Dark is the Dark Web?
He’ll be talking (briefly) about The Onion Router (Tor) – its bizarre origin inside the US Government, how it’s portrayed in the media, and why it’s a gift to humanity. Follow @paul_furley on Twitter

Christopher Brown on Jessica Fletcher killed all those people in Murder, She Wrote and I can prove it. While people frequently consider Jessica Fletcher of “”Murder, She Wrote”” to be the plucky and wonderful murder novelist / widow there is plenty of evidence to a far darker heart to this TV classic. Now the truth will finally be revealed. Follow @orange_monkey on Twitter#

Ed Gommon on Liverpool Community Renewables
It’s all about LCR, who they are and how cities should be more in charge of their own renewable energy supply and distribution. 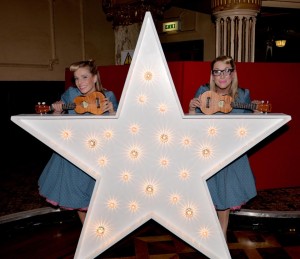 Jackie Le Fevre – Why Driving What
Values are the unconscious system by which each of us makes meaning from of our sense of the world and they drive our choices….. and most of the time we have no idea it’s even happening.

Abigail Reade – Bumblebees: Important but not Protected
The plight of the Bumblebee and why it’s important to push for Bees to be protected under UK law. Follow @neenoonee on Twitter

Michael Marshall  – In defence of the pun
To be a pun-maker is an unsung affliction – having the kind of brain that forever impulsively searches for rewarding rewordings. It can irritate friends. It can caused loved ones to roll their eyes in frustration. Michael would like to reclaim the pun, giving a five minute salute to wordplay, including weaving in some of the most crushingly bad puns he has ever written. Follow @Mrmmarsh on Twitter

Tai Wang will be talking on Technology and Entrepreneurship.

And we’re still waiting for the final final confirmation from even more awesome speakers. With Alistair Houghton giving a talk three months late Love Me Legal Tender (A lot of people talk about “legal tender”, but what does it actually mean?) after our Elvis session back in January. Follow Alistair on Twitter @wimpyking.  And another late arriver Kathryn Ford will be Gift giving (Why do we give each other presents?) Follow her on twitter at @KatLikesJam

Leaf Cafe is based on Bold Street near the middle of the top half of Bold Street. They have food and drink available for you don’t have to dash home for Dinner.